Preparing for the Sundance Film Festival

At the time of writing I am making last minute preparations to go to Sundance after a marathon two years of production and post-production of our ocean epic The End Of the Line. We only finished last week. 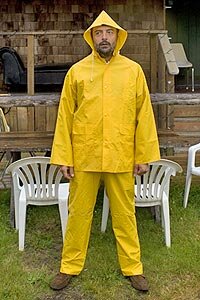 About two and half years ago I picked up a book called The End of The Line by Charles Clover in an airport lounge (a moment I have replayed many times in my mind since. Sometimes during the harder periods of production I wished that I had chosen the romantic novel sitting next to it).

I was on the way to Los Angeles to talk about making my previous doc into a feature and when I got off the plane I knew I had to make this book into a film and I put the feature on hold.

It was the film about the oceans I always had wanted to make but until that time no one had put all the pieces together in such an elegant, devastating and coherent way.

It has been an incredible experience for the whole Fish Team, myself included, to have worked on a film that we believe and hope will have a real impact on how we treat our seas.

The End Of The Line asks quite a hard question – how is it possible that 3.5 billion years of evolution in the sea could be extinguished in a single human lifetime?

Are we really going to see the end of wild fish in the sea over the next half century?

The Hollywood pitch for our film would be ‘The Blue Planet meets a lie detector test’. That film and many other natural history films about the oceans perpetuate a myth about the sea that is simply untrue – that life exists untouched by man. END_OF_DOCUMENT_TOKEN_TO_BE_REPLACED