Government plans for ‘protection zones’ around the UK coastline are inadequate and won’t halt the dramatic decline of marine species, according to environment groups.

They have warned that much tougher legislation and more ambitious marine protection zones are needed to help preserve sea life.

The EU has ordered member states to set up special zones under its Marine Strategy Directive, in a bid to halt the slide in biodiversity caused by overfishing and industrialisation.

The first UK offshore sites are due to be announced soon but critics say they fall far short of Government promises to set up a network of marine reserves where stocks would be safeguarded against overfishing. END_OF_DOCUMENT_TOKEN_TO_BE_REPLACED

What were thought of as certainties can fall apart in the light of new circumstances, new thinking.

For years we have been told that the Omega 3 fatty acids from oily fish such as salmon, tuna and mackerel are good for the heart and brain.

Now, some of the people who proved that the world’s fish catches were not rising but falling - a critical milestone in this century’s thinking - have produced a report that shows that the evidence for the beneficial effects of Omega 3s is somewhat less impressive than one might think.

The study actively challenges dietary advice that we actually should be eating more oily fish.

Oily fish can actually be bad for overweight or unhealthy people with heart problems, it says.

Was the fad for Omega 3s perhaps just a marketing strategy worked up by the fishing industry?  That’s going too far, but it certainly looks as this dietary obsession is something we should be looking at a whole lot more critically now we know that wild fish stocks are in trouble almost everywhere.

Policies can be skewed by vested interests - including our own perceived health interests.

In fact what the human race needs are balanced policies that promote healthy people and healthy wild fish populations, able to feed a human population that will rise by a third over the next half century.

That is what we should be planning for, together with ways of producing Omega 3 fatty acids from vegetables and algae, to take the pressure off fish.

In the meantime, we may actually need to eat less of certain fish - salmon and tuna for instance - rather than more as the dieticians have been calling for.

Scientists have published the first study that casts doubt on some of the health benefits of fish oils - and say that daily doses may actually increase the risk for people already suffering heart disease.

Most deep sea fisheries are unsustainable and should be closed, a new report says.

The call comes after a 25-year-long marine study revealed that commercial fishing in the north-east Atlantic could be damaging species at much greater depths than previously believed. 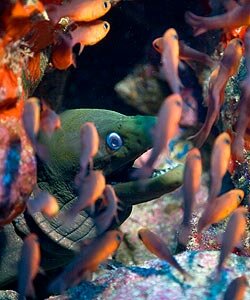 Numbers of deep-water species living a kilometre below the reach of trawlers are apparently being affected by fishing practices, the new study found.

Although scientists have known that commercial fishing does affect deep-water fish populations they have now discovered it is occuring at much greater depths.

Populations of north-east Atlantic commercial deep-water fish such as black scabbardfish, orange roughy and roundnose grenadier have dwindled since deep-water fishing started in the area in the late 1980s but a quota system wasn’t introduced until 2003.

Dr David Bailey of the University of Glasgow, who led the study, published in the journal Proceedings of the Royal Society B, said:

“Commercial fishing may have wider effects than anyone previously thought, affecting fish which we assumed were safely beyond the range of fishing boats. We were extremely surprised by this result and believe that it has important implications for how we manage the oceans.”

Deep-water fish living off the west coast of Ireland were monitored by Natural Environment Research Council-owned ships from 1977 until 1989 before any fishery was operating in the region.

Researchers checked the same area again from 1997 until 2002 using exactly the same methods and the results were then compared as part of an EU-led project to study deep-sea species. END_OF_DOCUMENT_TOKEN_TO_BE_REPLACED

Nearly half of all fish produced for food is now farmed rather than caught in the wild, a new UN report reveals. 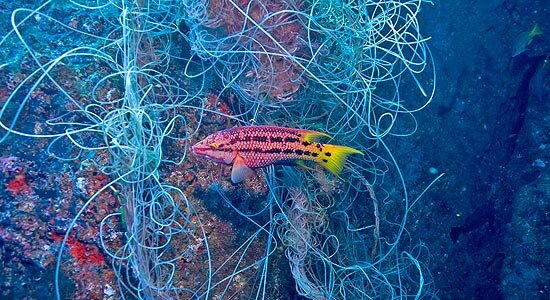 The amount of fish produced by farming rose in the past two years while the number of wild fish stocks ranked as over-fished, depleted or fully exploited increased to 80 per cent of the world’s stocks.

The figures released in Rome by the United Nations Food and Agriculture Organisation (FAO) indicate that the amount of fish caught at sea has reached a plateau and may be in decline when suspected over-reporting by China is taken into account.

On the other hand, the amount of fish raised by aquaculture rose to 47 per cent of all produced for food. END_OF_DOCUMENT_TOKEN_TO_BE_REPLACED

Fish must be exploited less heavily if they are to adapt to climate change, according to the UN Food and Agriculture Organisation.

Responsible fishing practices need to be more widely adopted to tackle over-fishing and fishery management plans should include strategies for coping with rising sea temperatures.

“Best practices that are already on the books but not always implemented offer clear, established tools towards making fisheries more resilient to climate change,” said Kevern Cochrane, one of the authors of The State of World Fisheries and Aquaculture (Sofia), 2009.

“So the message to fishers and fisheries authorities is clear: get in line with current best practices, like those contained in FAO’s Code of Conduct for Responsible Fisheries, and you’ve already taken important strides towards mitigating the effects of climate change.”

Climate change is already altering the distribution of both marine and freshwater species with warmer-water species being pushed towards the poles and experiencing changes in habitat size and productivity, the report says.

It is also affecting the seasonality of biological processes and altering marine and freshwater food sources which has unpredictable consequences for fish production.

A decrease or loss of locally available fish stocks will pose serious problems for communities which depend on abundant supplies for their livelihood.

“Many fisheries are being exploited at the top range of their productive capacity. When you look at the impacts that climate change might have on ocean ecosystems, that raises concerns as to how they’ll hold up,” said Cochrane.

Vulnerable communities who rely on their fishing and aquaculture industries need to take urgent action to strengthen their resilience to climate change, the report urges.

The authors of the report say that fisheries and aquaculture make a minor but significant contribution to greenhouse gas emissions during fishing operations and the transport, processing and storage of fish.

The average ratio of fuel to carbon dioxide (CO2) emissions for capture fisheries is estimated at about 3 teragrams of CO2 per 1m tonnes of fuel used.

“That could be improved. Good fisheries management can substantially improve fuel efficiency for the sector,” Cochrane said.

Much of the industry’s carbon footprint comes in the transport of the fish, particularly by air, once they have been harvested.

Intercontinental airfreight emits 8.5 kg of CO2 per kilogram of fish transported. This is about 3.5 times that for sea freight and more than 90 times that from local transportation of fish where it is consumed within 400 kilometres of catch.

Shark alert - which predator is to blame?

Hungry sharks have attacked three people in the past three weeks off Sydney, Australia.

One of the explanations offered by the BBC is that cleaner waters and a ban on commercial fishing, which has attracted more fish to the area, could be responsible for luring the oceans’ big predators closer to Sydney’s beaches and harbour.

That is an extraordinarily cynical explanation, if you think about it, and one the BBC should be ashamed for reporting.

If you follow the logic of the Australian source quoted by the BBC, it would be safer to go polluting the sea until the water turns brown and to have fish exterminated within miles of the shore so that at least you aren’t attacked by sharks. Bruce, do me a favour.

There is a much more plausible explanation contained in the two-yearly report on the state of the world’s fish stocks published today by the UN Food and Agriculture Organisation (FAO).

The report shows that the number of the world’s fish stocks ranked as over-fished, depleted or fully exploited increased to 80 per cent – a rise of three per cent in two years.

The only sensible explanation for this is the world’s fishing fleets remain out of control and politicians are unaware or unwilling to do something about the problem.

Check out another report today, Hungry Oceans: What happens when the prey is gone?, compiled from scientific sources by the environmental group Oceana. This shows that scientists around the world are reporting ocean predators emaciated from lack of food, vulnerable to disease and lacking the energy to reproduce.

Scrawny dolphins, whales, tuna and bass have been reported along coastlines around the world.

At the same time, we continue to hunt their prey, the small fish such as herring, menhaden, anchovy and sand eel which the major predators depend on, to provide feedstock for the fast-growing fish farming industry. We have forgotten to leave enough fish in the sea for predator fish.

Isn’t lack of food the most likely explanation for the strange behaviour of sharks off Sydney?

And isn’t the creation of larger areas, offshore, where the bounty of the sea can recover a more plausible way of solving the problem than allowing the seas off Sydney to get polluted again and over-fishing to resume?