Change of government fishing policy is possible, but very difficult

I have battled and campaigned against the short sightedness of Government fishing policy for 15 years. In September 2008 Scotland got its first, small no take zone in a part of Lamlash Bay off the Isle of Arran. The rest of the Bay was to be designated a Marine Conservation Area but it has not happened yet. 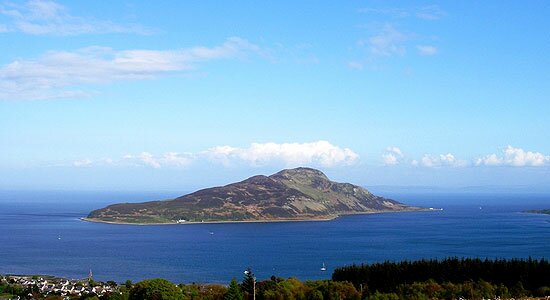 Lamlash Bay, Isle of Arran, where a no take zone has been established

This despite the entire project, Lamlash Bay Community Marine Conservation Area, being trumpeted through the press in January 2008 by Richard Lochhead, SNP Minister, as an excellent joint Community, Government & Fishermen project.

The inertia appears to be due to Mr Lochhead and civil servants worrying about upsetting the trawling & dredging fishing industry.

The Clyde Fishermen’s Association walked away from talks to implement the scheme in January 2009 and thereafter Marine Scotland, the department that overseas the marine environment, has refused to allow the Marine Conservation Area to even appear on the agenda of meetings.

Subsequent meetings have been cancelled or postponed. Procrastination is the name of the game.

So how did we get a no take zone in the first place?

It started with a couple of divers seeing species disappearing in the 1980s. The Community of Arran Seabed Trust (COAST) was established and with membership growing to 1,800, a third of the island’s population and ten times more than all Clyde fishermen put together, it is now truly a community led project.

The islanders know that fish stocks in the Clyde have collapsed. International sea angling competitions ceased in the mid ‘90s as there were no fish left to catch. COAST proposed in 1995 that a small area around the island be closed to all fishing to allow it to naturally regenerate.

For over 13 years constant pressure was put on a series of governments, who believed effort control was the only way to manage fisheries. COAST was told the only way to move forward with their proposals was to get 100 per cent of Clyde fishermen to agree to it.

Time went by and more than 70 per cent of the Clyde fishing fleet either went bust or sold their boats. The Clyde was left with just prawns and scallops as commercial catches. Yet ministers still refused to recommend our proposals. The fishing industry don’t like it we were told.

In 2004 COAST petitioned the Scottish Parliament. For two years this petition slowly moved forward with the support of politicians from all sides. It came before the environment committee who backed the project and instructed the minister to move it forward.

As part of the implementation process the government put the marine reserve out to a full public consultation, the result was overwhelming with 99.4 per cent in favour.

So due entirely to people power, the present minister implemented the first part of the proposal. This was an example of how people and politicians can work together to change government policy for the benefit of future generations. 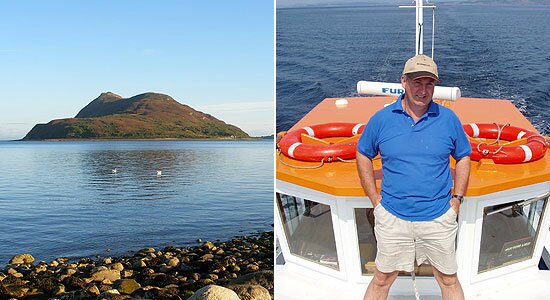 Lamlash Bay, Arran and Howard Wood of he Community of Arran Seabed Trust

After spending 15 years dealing with the Scottish Government my opinion is that the fishing industry has a disproportionate and unhealthy influence on the government.

The sea and what it produces is a common resource owned by everyone not just fishermen. Glossy documents and reports mean nothing unless there is change.

When the EC proposed sensible measures to resurrect the Clyde white fish stocks last December the Scottish Government backed the fishermen to carry on as normal with failed effort control.

The Scottish Government does not appear to have one environmental brain cell. It has to be understood that you need a healthy marine environment before you can have a healthy fishing industry.

At present governments and the fishing industry spend all their time watering down the Marine Bill, with their insistence that fishing is put at the top of the agenda. In other words, more of the same disastrous policies of the last 30 years.

4 Responses to “Change of government fishing policy is possible, but very difficult”

Feed for this Entry Trackback Address